You disliked this video. Thanks for the feedback!

Lyrics:
He caught a train from Alexandria, just a broken man in flight
Runnin' scared with his devils, sayin' prayers all through the night
But mercy can't find him, not in the shadows where he calls
Forsaking all his better angels, that's how every empire falls

The bells ring out on Sunday morning like echoes from another time
All our innocence and yearning and sense of wonder left behind
Oh gentle hearts remember, What was that story? Is it lost?
For when religion loses vision, that's how every empire falls

He toasts his wife and all his family, the providence he brought to bear
They raise their glasses in his honor although this union they don't share
A man who lives among them was still a stranger to them all
For when the heart is never open, that's how every empire falls

Padlock the door and board the windows, put the people in the street
"It's just my job," he says, "I'm sorry," and draws a check, goes home to eat
At night he tells his woman, "I know I hide behind the laws"
She says, "You're only taking orders", that's how every empire falls

A bitter wind blows through the country, a hard rain falls on the sea
If terror comes without a warning, there must be something we don't see
What fire begets this fire, like torches thrown into the straw?
If no one asks, then no one answers, that's how every empire falls 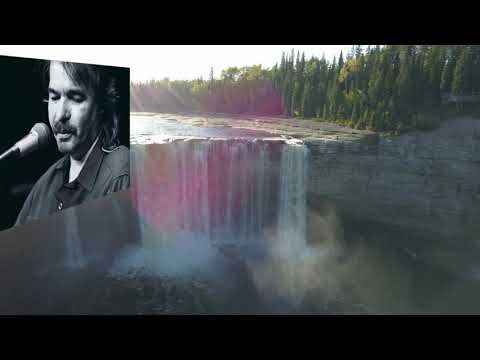